Did you know that there is a list of sight vocabulary words first developed by Dr. Edwin William Dolch.  Our new app QuikTap Words will teach Dolch Words in a fun way.

Following is from the Wikipedia page, "Dolch Word List":

"The Dolch Word List is a list of frequently used words compiled by Edward William Dolch, PhD. The list was prepared in 1936. The list was originally published in his book Problems in Reading in 1948. Under the copyright laws in effect during the time of publication, the Dolch word list is out of copyright.

"Dolch compiled the list based on children's books of his era. The list contains 220 "service words" that have to be easily recognized in order to achieve reading fluency in English. The compilation excludes nouns, which comprise a separate 95-word list.

"Many of the 220 Dolch words can’t be “sounded out” using common sound-to-letter implicit phonics patterns and have to be learned by sight; hence the alternative term, “sight word." Although the list is divided into grades, for native English speakers, all the words in the Dolch should be mastered by the end of 1st grade.

According to Wikipedia, Dr. Seuss' "The Cat in The Hat" was commissioned to be written using Dolch words:

"Houghton Mifflin asked Theodor Geisel to write and illustrate a children's primer using only 225 "new-reader" vocabulary words. The result of that challenge was "The Cat In The Hat."[citation needed] More recently, the new line of TOON Books, innovative graphic early readers, has been using Dolch words in their comics by top authors and cartoonists, and three of the TOON Books have received the Theodor Seuss Geisel Award from the ALA, given to "the most distinguished American book for beginning readers ..."
Posted by KayKhosoft at 9:36 AM No comments:

QuikTap Colors
QuikTap Colors is a fun and exciting game that teaches colors to the Pre-school child and is fun and engaging for older kids and parents as well. Younger children will play for fun and be taught their colors as they play along. Older children & parents will play just for the challenge of the game.
A game with real teaching going on: colors, memory, sequencing, fine motor skills
Get it in the iTunes App Store - FREE for a limited time only!
View the QuikTap Colors Video

Posted by KayKhosoft at 8:54 AM No comments:

iFlashCards 1 - 30﻿
Would you like to have your preschooler know and recite their numbers from 1-30 in both English and Spanish? If so, iFlashcards 1 to 30 is the app you've been looking for! This educational and creative app is an exciting new way to help children ages 2-5 do just that. ﻿
Flip through the numbers & sound them in either English or Spanish. It's easy and kids catch on fast.
Now try the Pick-A-Number Quiz option. 10 number sequences where you have to fill in the missing number. It's fun and it's scored!
Get it in the iTunes App Store - FREE for a limited time only!

Posted by KayKhosoft at 9:55 AM No comments:

iFlashcards A to Z - FREE in the App Store

iFlashCards A to Z
Flip through the alphabet with pictures & the sound of each letter sequentiall or randomly. Kids have fun and get the hang of it fast.
Now try the Pick-A-Letter Quiz option. 10 pictures presented randomly where you have to pick the right answer. It's fun and it's scored!
Get it in the iTunes App Store - FREE for a limited time only! 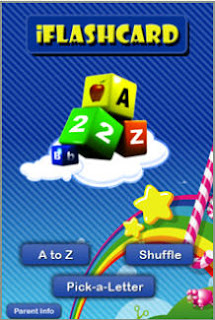 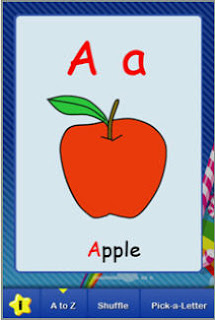 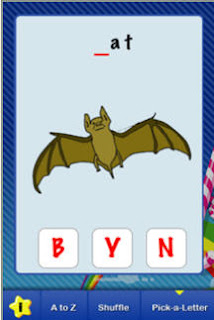 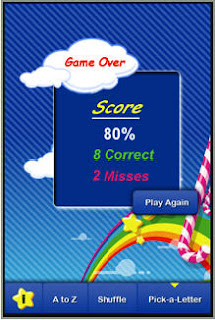 Posted by KayKhosoft at 3:15 PM No comments:

Welcome to the KayKhosoft Blog

We develop and publish Apps for children that are aimed at making learning fun.

Today we have 3 iPhone / iPad / iTouch Apps up and running & a 4th in development.

For a limited time our Apps are FREE!!!

Check us out at our website http://www.kaykhosoft.com/  & friend us at Facebook.
Posted by KayKhosoft at 1:22 PM No comments: